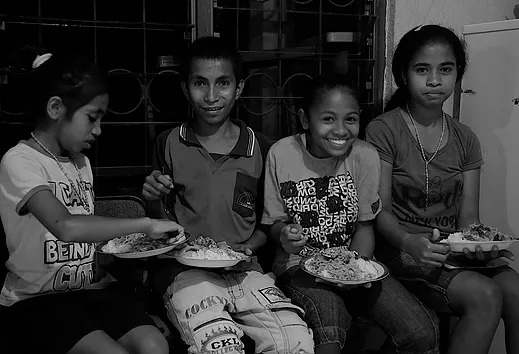 A food program has been established in the Baguia Orphanage for over 10 years. Each month money is sent to facilitate the purchasing of fresh fruit, vegetables and meat for the children residing in the centre. There has also been emergency food supplies given to Baguia Orphanage when there is a particular shortage of food in the area. As a result there is a high need for supplementary support.

This program stimulates the local economy with local markets increasing their sales while at the same time the young people have better health and nutrition, allowing them to concentrate more on their studies and contributing to their overall wellbeing.